Users can now sort their contacts into contact groups. And we fixed some minor Sentry errors and improved the folder behavior as well as the German translations.

But best of all is the going live of our integration of VNCcalendar into VNCmail.
You can now easily switch between the mail view to the calendar view, to give you the enhanced groupware impression. 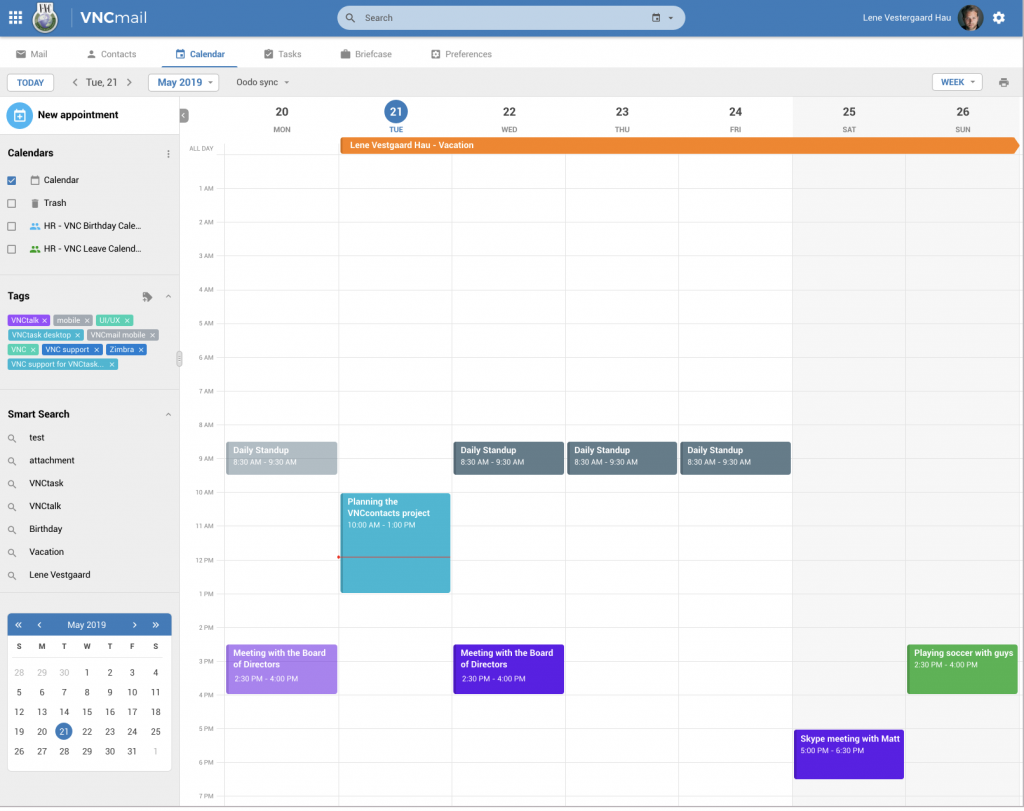 In this screenshot you see the integration of VNCcalendar as a tab in VNCmail.

After Version 2.0.0.971 we added two new features. Users can now attach notes to briefcase objects, for example to add a short description of what has changed within a file. The VNCcalendar app is now also accessible from VNCmail via the app switching menu. We also implemented improvements in layout as well as in the folder management.

The most important new features include deleting mails or marking them as read directly from the notification popup. And we integrated VNCcalendar with VNCmail, so you can access your appointments directly in VNCmail. This integration allows you to see different calendars and subcalendars in various colors and with different access rights in case you share them with colleagues or partners, which makes collaboration much easier. Read more about VNCcalendar on our website!

We also improved the sidebar handling, the “Out of Office” feature and the system generated emails.