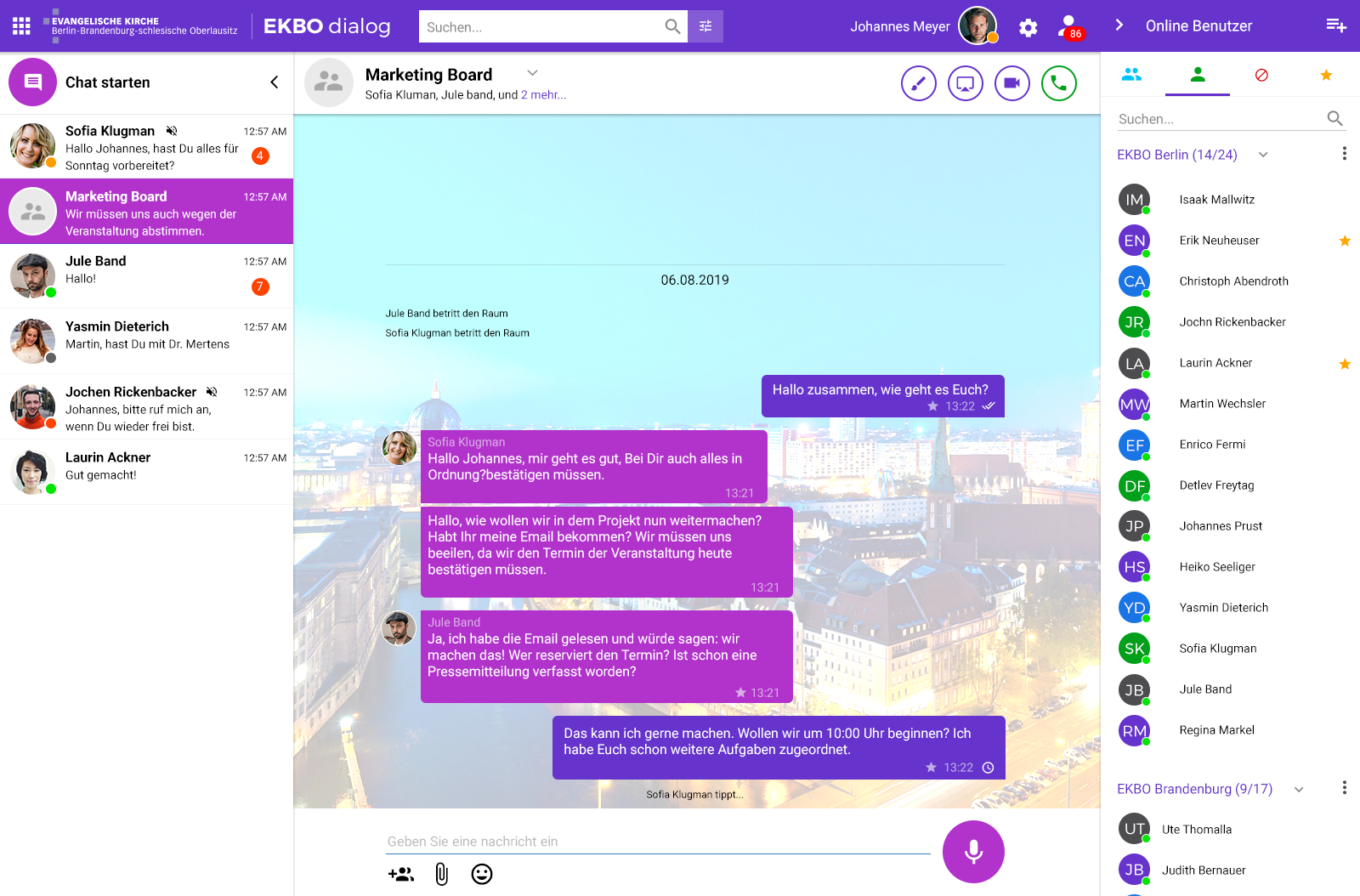 The Evangelical Church Berlin-Brandenburg-Silesian Upper Lusatia (EKBO) released its messenger app EKBO Dialog (based on VNCtalk) for all church employees and voluntary workers on 18. December 2019.

The messenger app of the EKBO’s national church-wide intranet (LKI) was designed to make internal communication as convenient and secure as possible. With EKBO Dialog we created a tool which is completely adapted to the EKBO’s functional and optical needs and does not only provide single and group chats, but also audio and video conferencing, file sharing and screensharing for two or more users. In addition, EKBO Dialog was completely adapted to the EKBO layout.

The Evangelical Church Berlin-Brandenburg-Silesian Upper Lusatia focused on data privacy for the development of the messenger app. The Messenger is used, among other things, in emergency chaplaincy, where particularly sensitive data is sent every day. Especially here, it was very important to provide a secure alternative to Whatsapp and other messengers and a consistent, internal tool to enable short, fast communication and still guarantee data security. The link to the tweet of the emergency chaplaincy of Berlin can be found here, the press release on the EKBO website. 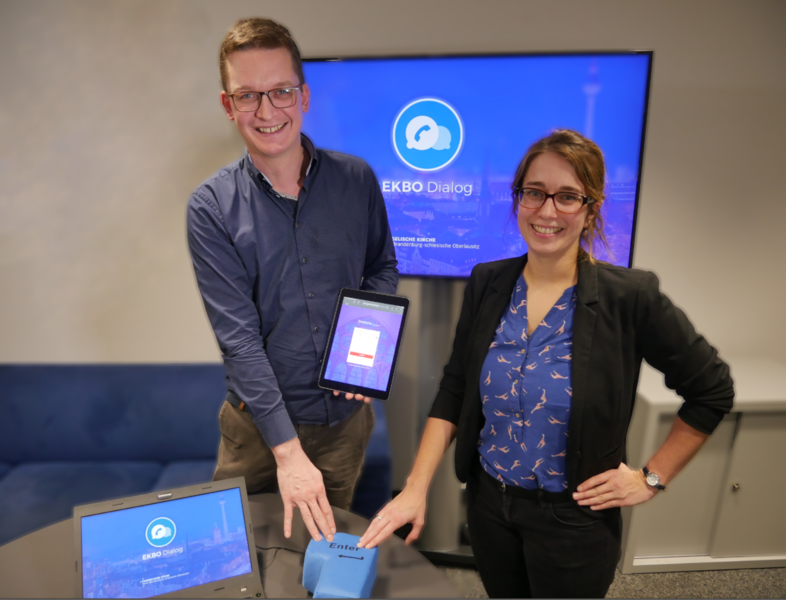 The innovative messenger “EKBO Dialog” can be used in compliance with data protection regulations. The data is stored securely and exclusively on-premise on the EKBO servers. This ensures data security and data sovereignty.

A question already frequently asked in the social media was the question of source code. The source code is available to EKBO, a community version is already planned by us. You can find the corresponding Tweet here.

“EKBO Dialog” (based on VNCtalk) is used for fast and direct communication via chat, audio/video conferencing, screen sharing and file transfer as a secure alternative to WhatsApp, Skype or similar messenger services, which should no longer be used in the church environment for data protection reasons.

We are very happy to see our VNClagoon products in productive use at EKBO and are very proud of the positive feedback from users.

Already in November, the EKBO published a video showing first insights. You can find this video on Youtube or also here in our Blog.

The case study of the entire project can also be found in our VNClagoon Blog.